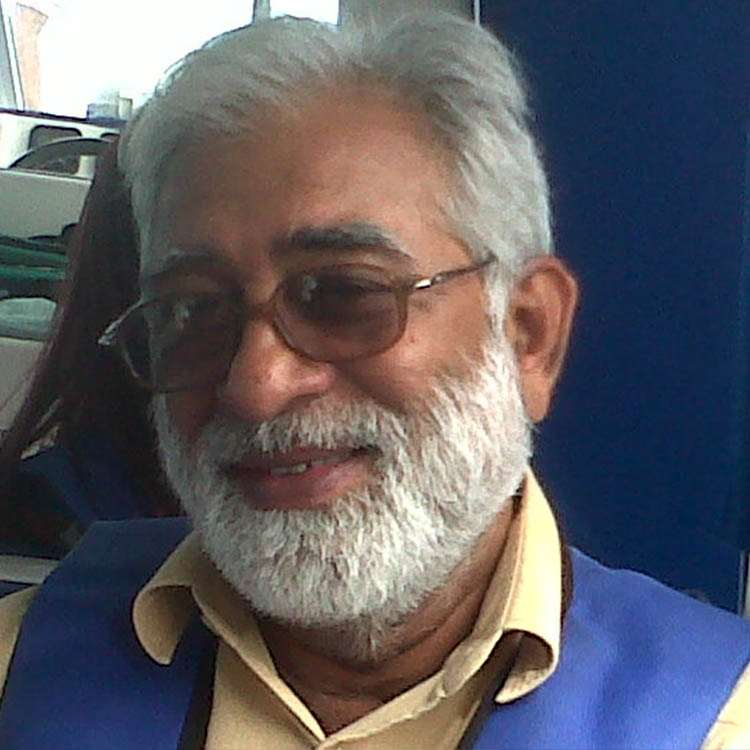 Karamat Ali, a founder member and currently Executive Director, Pakistan Institute of Labour Education and Research (PILER), is a veteran trade unionist who played an important role in the labour movement of the 1970s and since then has been committed to labour rights, education and capacity building of workers and regional peace advocacy and research.

In May 1982, Karamat Ali, along with a group of concerned professionals, laid the foundation of Pakistan Institute of Labour Education and Research to promote a democratic and effective labour movement through research, education and advocacy and strengthen civil society linkages in the South Asian region.

A graduate of University of Karachi, Karamat Ali earned his Master’s degree in Labour Studies from the Institute of Social Studies, The Hague, the Netherlands, in 1984. He has written extensively on labour and peace issues for academic journals and the national media. Over a two dozen articles, research and advocacy papers have been published.

Karamat Ali has played the role of a key activist in the peace process between India and Pakistan and in the South Asian Region and globally initiated in the early 1990s to promote and strengthen peace initiatives at both official and civil society levels. He is one of the founding members of people’s SAARC process & Pakistan Peace Coalition, Pakistan-India People’s Forum for Peace and Democracy, and Convener of South Asian Labour Forum, Pakistan Chapter. He is also a member of the International Advisory Committee, Hague Appeal for Peace, and member International Council World Social Forum (WSF). He is Focal Person of Labour Rights Regional Thematic Group of South Asia Alliance for Poverty Eradication (SAAPE), which is an alliance of trade unions, civil society organizations and individuals like journalists, academics, trade unionists, human rights activists etc.

Karamat Ali was felicitated with the Didi Nirmala Deshpandae South Asian award for Peace and justice in 2013, in recognition of his lifelong efforts for South Asian Peace and Cooperation.
He is also a recipient of Association for Communal Harmony in Asia (ACHA) 2008.
He was awarded Bulleh Shah 2007.